Warning: "continue" targeting switch is equivalent to "break". Did you mean to use "continue 2"? in /home/haicom/public_html/friendsmoo.com/movies/wp-content/plugins/jetpack/_inc/lib/class.media-summary.php on line 77 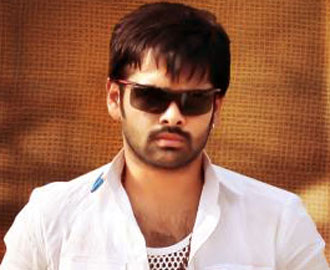 Energetic Hero Ram’s latest offering ‘Ongole Gitta’ is all set to march on to the box office this Friday. Both the hero Ram and director Bhaskar had received severe setbacks with their last movies and are hoping to make it big this time. Here is the SWOT analysis of the movie.

Ram had gained immense popularity in the last few years especially among families and ladies. He had a decent following in masses and the added advantage to him is there is no pressure any sorts. Ram is also one of the best dancers in Tollywood today. That would be a huge plus to the film in B, C centers.

Bhaskar, the director of the movie is known to deliver clean family entertainers and love stories. However, he had changed his track completely with this movie. He had opted for mass comedy in the movie. We will have to see how he handles Ongole Gitta.

The recently released audio of the movie did not work very well. Audience have been terming the album as the weakest in Ram’s career. Bhaskar had to work wonders on screen to bind the audience to their seats during the songs.

The heat of Seethamma Vakitlo Sirimalle Chettu and Nayak got subdued at the box office and Vishwaroopam is not making much Hungama either. Ram will only have to face the music of dubbing movie Kadali. So, there is a decent amount of space at the box office to make a mark provided there is a good release.

In general, February is said to be a not so good season for movies at the box office. Children will be busy preparing for their final exams and families would be avoiding theaters to keep their children away. Also there will be a threat from Prabhas’ Mirchi which will be released on February 8th.

Lets see how Ongole Gitta fights all the odds at the box office!